This aerial photograph taken from a drone shows the extensive drainage network across RSPB Airds Moss. These ditches were put in at the end of the 20th century to drain the site for farming which unfortunately are still having an affect on the bog’s hydrology to this day. To raise the water level and prevent the water running off site a series of peat dams have been put in place by our contractors OpenSpace using a low ground pressure digger at roughly 20 meter intervals. Pools are created behind each dam as the water is held back which creates a fantastic habitat for invertebrates and which eventually becomes filled with the very important peat-forming Sphagnum moss. This is one of our important peatland enhancement sites in East Ayrshire working with our partners RPSB Scotland and with funding from SEPA Water Environment Fund. 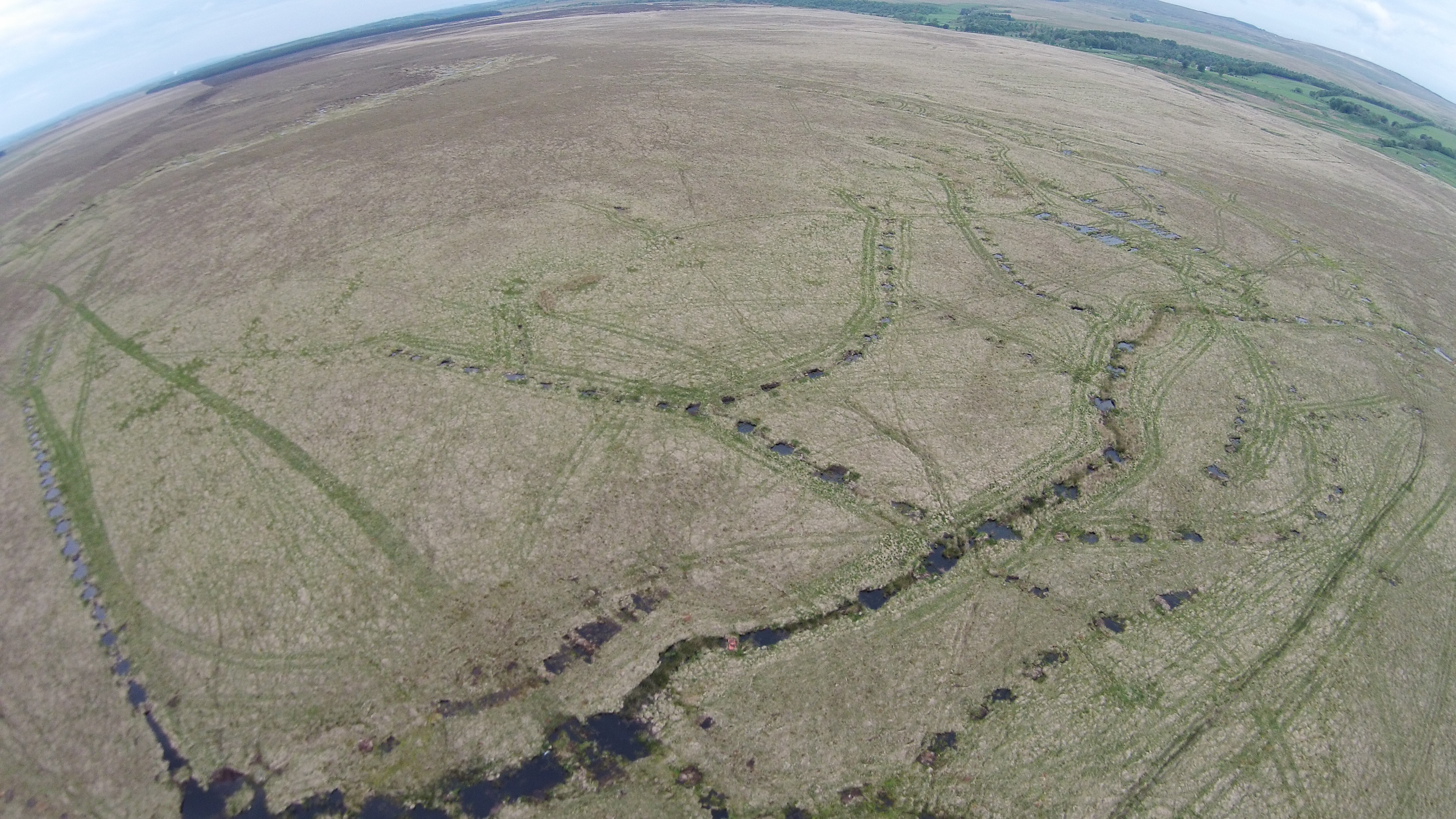