In 2017, CEI was able to work with a local farmer to carry out peatland restoration on four small areas of bog. The farmer was keen to manage to bog habitat utilising funding available through the Agri-Environment Climate Scheme (AECS) of the Scottish Rural Development Programme which is administered jointly by Scottish Natural Heritage (SNH) and the Rural Payments and Inspections Division (RPID).  CEI were interested in the site as a result of earlier surveys commissioned by the CEI in 2014 and 2016 which had flagged up the bog habitat as being priority for restoration.  In the past few years it has become necessary for farmers to include all capital works (ditch blocking) in AECS schemes to be able to claim management payments.  In this instance, the farmer was not in a position to fund the capital works so CEI stepped in to ensure this vital work was carried out. Fortunately this was a ‘win-win’ situation for the bog, the CEI and the farmer, who had a chance of success with his AECS bid.

The CEI worked with the farmer and a farm adviser to agree where the restoration work would be focused. Plans were put forward for four areas (total area estimated as 46 ha) within the farm that contained peatland habitat.  One area was part of the Muirkirk Uplands Site of Special Scientific Interest (designated for the blanket bog habitat and bird assemblage) and Airds Moss Special Area of Conservation (designated for its blanket bog habitat) and the farmer required consent from Scottish Natural Heritage, which was granted.

Work began on site in November with a view to completing before Christmas. The contractor was Openspace (Cumbria) Ltd.  Initially the contractors installed a network of dipwells and vegetation quadrats for monitoring and their ecology team carried out a baseline vegetation survey.  This is something CEI usually do in-house, but due to time constraints were unable to complete before work began.  CEI volunteers Jane and Tom were able to join CEI staff Daisy and Gemma to monitor water levels the day before the ditch blocking began.  Talk about cutting it fine!  The EcoCo LIFE Softrak mobilised to Common Farm and Openspace operator, Paul, starts to cut an area of dense soft rush at West Bog. 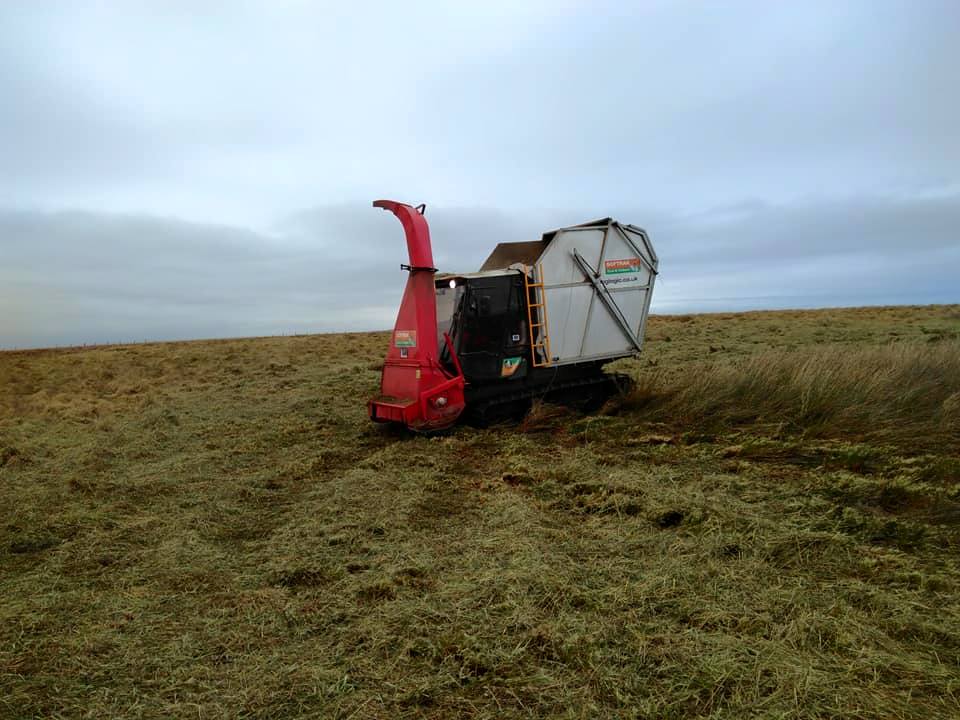 Work continued on West Bog, where the defunct fence was removed and ditch blocking began. With the fence taken out the bog suddenly appeared more of a wide open space, having a much more dramatic effect than anticipated. 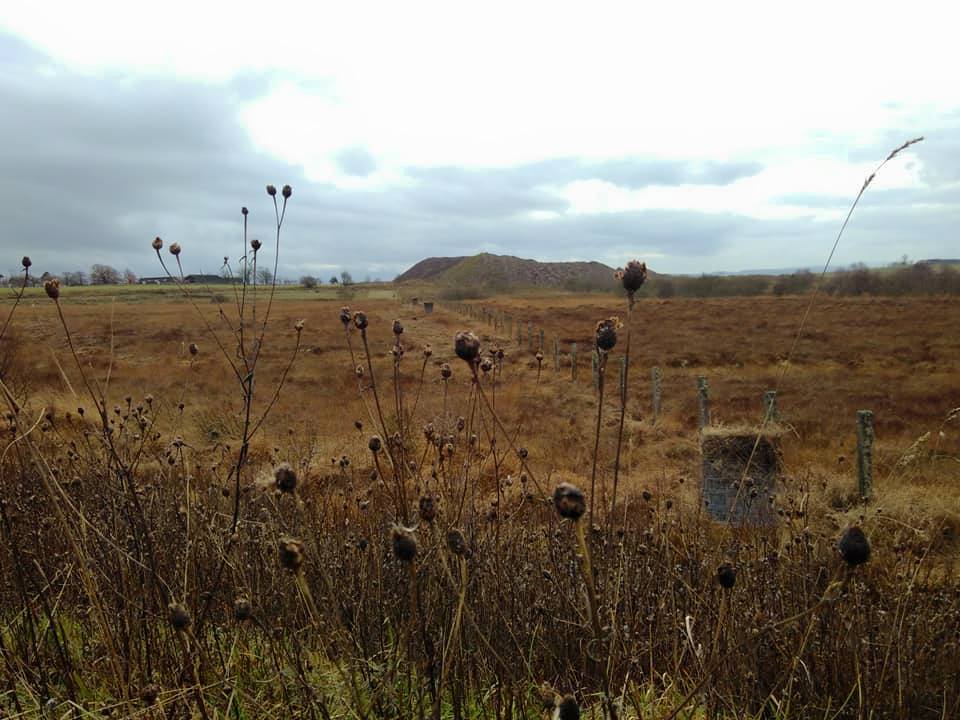 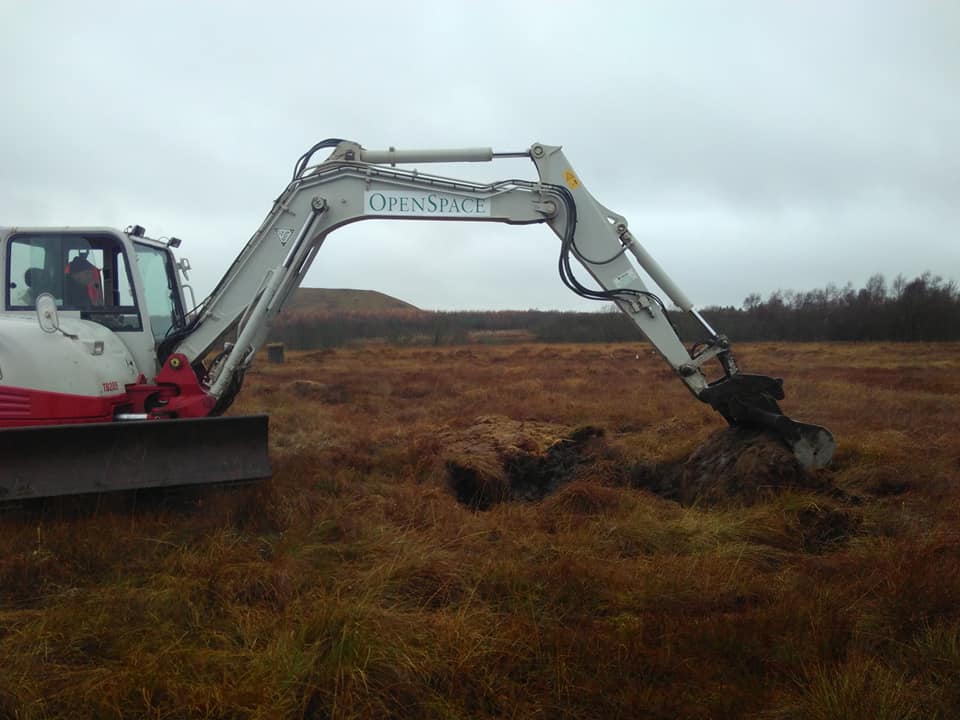 The farmer thinks that the ditches on West Bog are perhaps 60-70 years old. The ditches are filled in with vegetation but when the excavator removes a layer of peat, water can be observed seeping through both ends of the pit.

Ditch blocking and minimal bank re-profiling complete, the operators begin to bund an area to the west of the site to raise the water table in an area that was probably long-ago cut for domestic peat use. 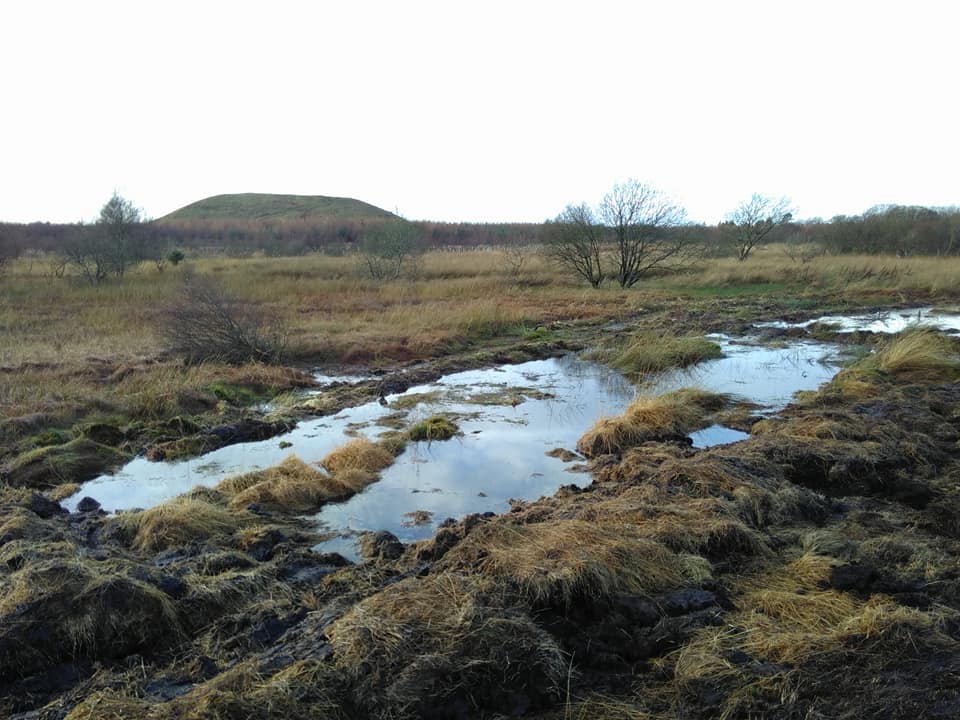 The re-wetting work at 10ha SSSI Bog consisted of peat dams alone, and there aren’t so many active ditches on SSSI Bog as initially thought, so this work was completed within a few days. At the third site, Mid Bog, the contractors suggests a variation to the ditch blocking plan that includes modified trench bunds across the dense network of small drains to reduce the number of borrow pits in this area. This will help the farmer graze the bog as part of its ongoing management.

Unlike other areas the trench bund is kept level with the ground surface and does not have a raised surface bund. The bund is fairly shallow as the peat in this area is not very deep. It will be interesting to see if this technique is effective in re-wetting this area as it could be used on other farm-based peatland enhancement projects. 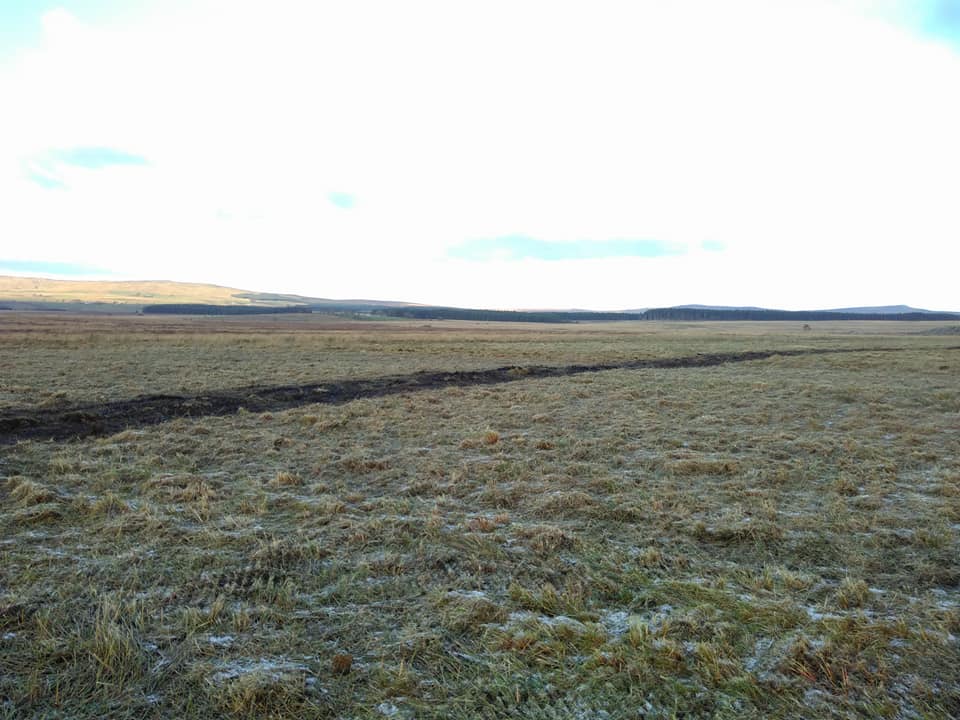 At the fourth site, Habitat Mosaic, the habitat work consists of rush cutting as the farmer does not want the drains in this area blocked. The work is completed before the December deadline. Hoorah! Success! Our final phase of peatland enhancement as part of the EcoCo LIFE project.  We can be immensely proud to exceed our targets for peatland enhancement.

CEI staff keep in regular contact with the farmer to make sure there are no emerging issues (fingers crossed). The CEI volunteers will help staff monitor the vegetation and water levels at Common Farm to evaluate the success of the re-wetting.  If you are interested in discussing peatland restoration or management with one of our staff, please contact Daisy Whytock on 01563553513 or at daisy.whytock@ea-cei.org.uk.