Low Moss is one of the best examples of a raised bog remaining in East Ayrshire. Like other raised and blanket bogs in the area (sadly, many of which are now lost) the site has been drained and burned in the past to dry out the bog for grazing and over time this has degraded the habitat, resulting in fewer peatland plants in favour of grasses and scrub.  CEI staff have been working with site owners’, Hargreaves, to come up with restoration plans and to carry out the work needed to improve the bog habitat.  We will continue to work together in the future to ensure the sites are appropriately managed. 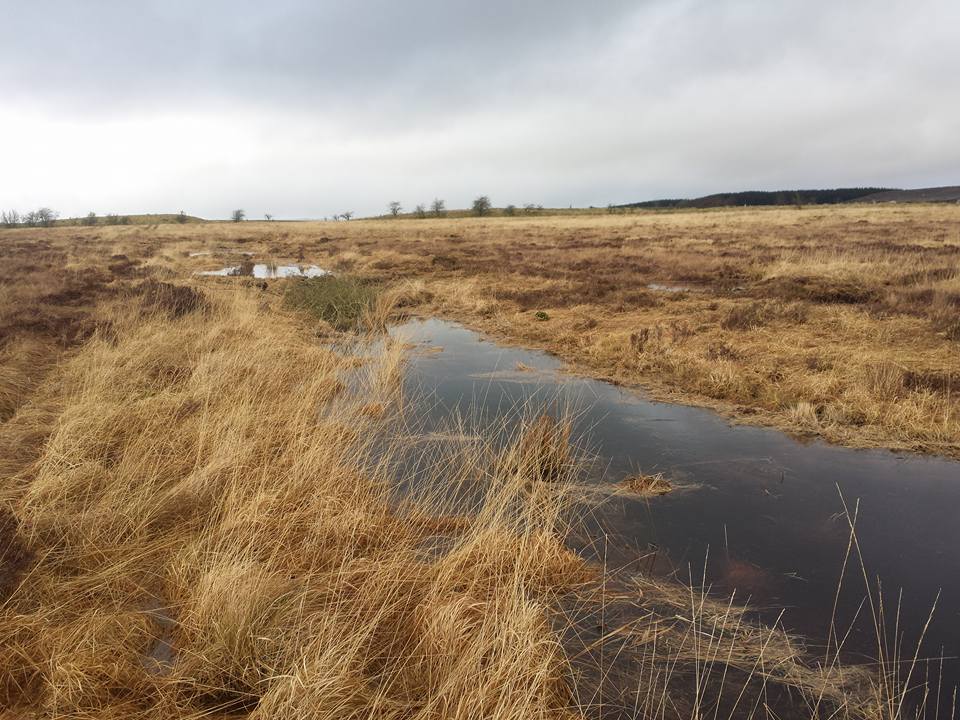 Retaining water on the site can result in less flooding downstream and prevent peat erosion, which releases stored carbon into the atmosphere. Wetter bogs can support a spongy carpet of specialist plants including colourful Sphagnum mosses, which accumulate over time to form peat.  As peat forms, it traps carbon from the atmosphere, helping to tackle climate change.  Bogs are home to amazing wildlife such as wading birds, adders and many species of invertebrate. Since the work was completed, lapwing, curlew and skylark have been observed breeding at the site. 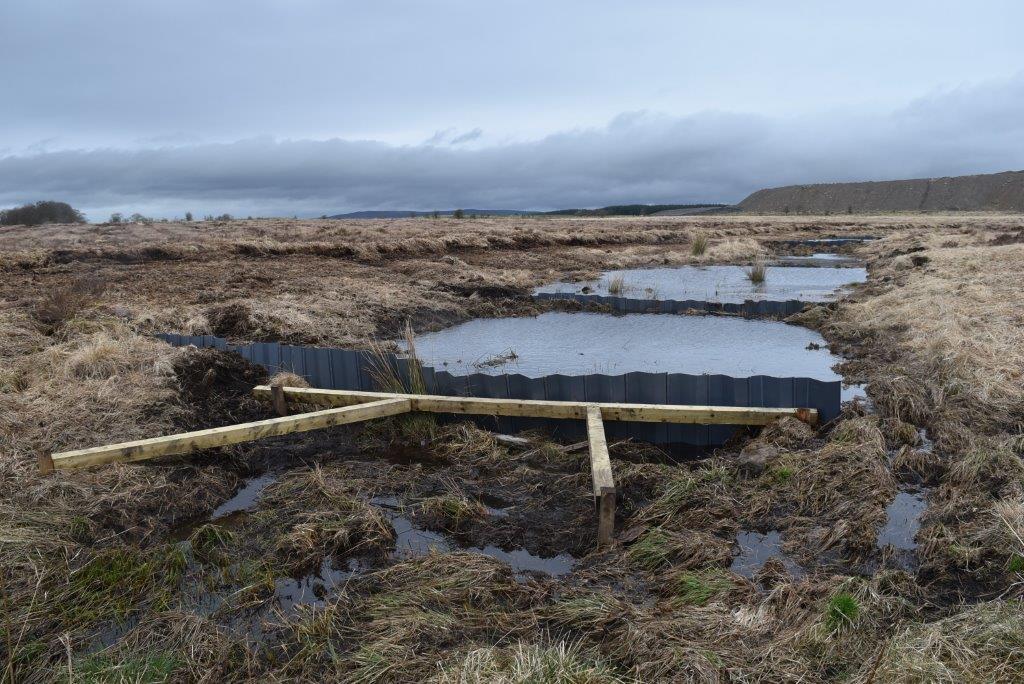 Low Moss is very close to the villages of Lugar, Logan and Cronberry; the CEI will engage with local people and school children to promote the benefits of bog re-wetting and reveal the habitat’s wonderful, wet-loving wildlife! In the future, there may be an interpretation board installed at Low Moss that can be viewed by passers by or visitors to the bog. We would also like to hear from anyone who is interested in helping monitor and manage the bog to ensure the habitat’s health in the longer term, and create a special place for wildlife. Contact Project Manager, Daisy, on 01563553513 or at info@ea-cei.org.uk if you would like to find out more or sign up at as a CEI volunteer.

The bog enhancement work, monitoring and engagement work at Low Moss is funded by Scottish Natural Heritage and with the contribution of the LIFE+ financial instrument of the European Community.