The CEI have run an annual event for National Moth Night for the past six years at various locations throughout the East Ayrshire Coalfields, attracting 81 attendees to help identify and record moth species. Organised by Atropos, Butterfly Conservation and the Centre for Ecology & Hydrology, Moth Night is the annual celebration of moth recording throughout Britain and Ireland by moth recording enthusiasts with local public events aimed at raising awareness of moths among the general public.

This year our chosen location was very special, as we were recording moths at the CEI’s peatland restoration area at Low Moss. Habitat restoration took place in 2017 with the aim of supporting a healthy, peat-forming habitat. This can help to trap and store greenhouse gases and support the fight against climate change, and reduce localised flooding. A soggy bog also makes a great home for wildlife such as wading birds, dragonflies, frogs, butterflies and moths.

The eager moth recorders identified 18 species of moth for Low Moss, many with wonderfully charismatic common names including Brimstone, True-lovers knot, Cloaked miner and White ermine. There are over 2,500 species of moth in Britain, living across a wide range of habitats. Moths can tell us a lot about what is going on in the environment because they are sensitive to changes in farming practices, air pollution and climate change. Recording the moths at Low Moss will help us assess the health of the peat bog habitat. 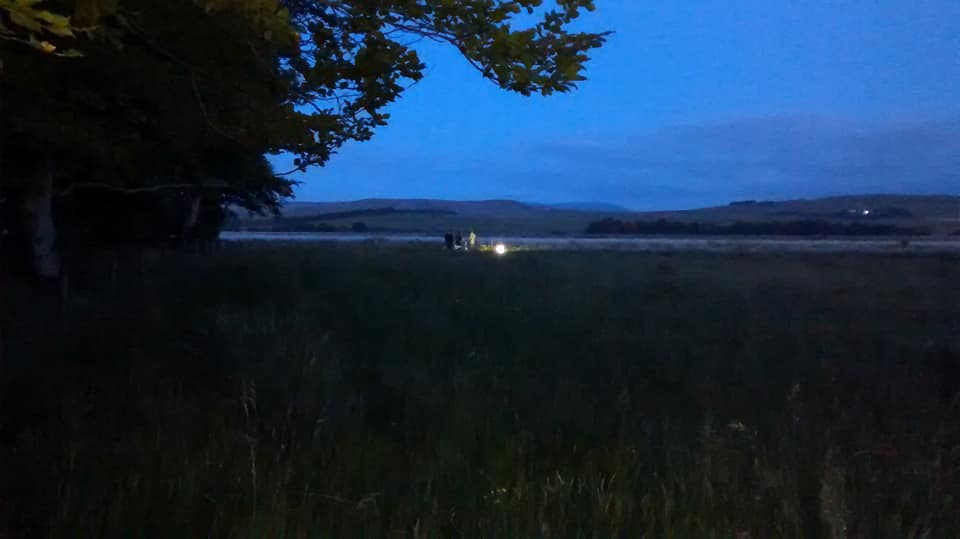 Daisy Whytock, CEI Project Manager said “moths are often overlooked but play a vital role in the landscape including plant pollination and providing food for other animals such as birds and bats.”

The CEI will be hosting regular events as part of its Nature Network Legacy project. The CEI’s volunteers play a vital role in the project by surveying wildlife and taking an active role in conservation work. If you would like to register as a volunteer or find our more please contact CEI Project Manager, Daisy Whytock on daisy.whytock@ea-cei.org.uk or 07766 185 987.

Nature Network Legacy is funded by Scottish Natural Heritage, INFINIS and South Ayrshire Waste Environment Trust (SAWET). THIS PROJECT IS BEING PART-FINANCED BY THE SCOTTISH GOVERNMENT AND THE EUROPEAN UNION—Ayrshire LEADER 2014-2020 Programme.