The UK provides a home to a variety of interesting and wonderful species of flora and fauna that are now under serious threat from an extensive parade of invasive non-native species. Species from all over the world have arrived in various parts of the UK through illegal pet imports, historical importation of plants for gardening, animal escapes from illegal trades, accidental importation of species when importing products/goods and purposely bringing species into the country as a pest control (Rutledge et al, 2011). “In Britain there are over 3,000 non-native species” (RSPB, 2009) however most of these are not considered invasive as they have no negative impact on the native species. Species of flora and fauna are classified as invasive when they negatively impact on native species through  spreading disease, changing habitats, decreasing biodiversity and causing the extinction of native plants or animals (National Ocean Service, 2014).

Rhododendron, Japanese knotweed, Giant hogweed and Himalayan balsam are some of  the more commonly known invasive plant species in the UK due to the fact they are very widespread. All four of these plant species prevent native plants from photosynthesising by growing rapidly and blocking the sunlight from reaching the leaves of plants that may grow to a smaller height. Giant hogweed is physically harmful to human beings as its stems are filled with a toxic sap which causes severe burns/blisters when reacting with UV light. Himalayan balsam and Japanese knotweed are both guilty of eroding river banks, in turn impacting a variety of other species. 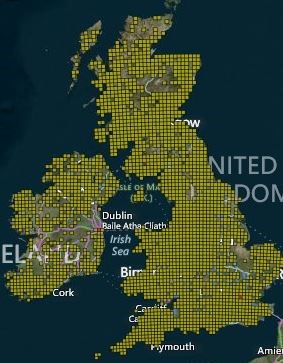 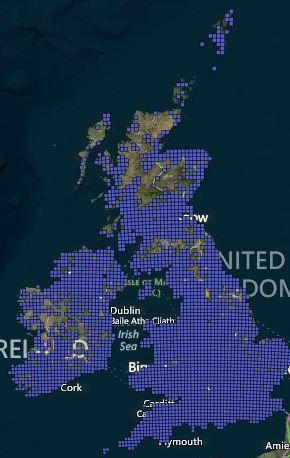 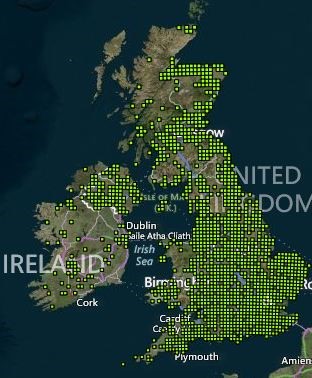 Tree-of-heaven is a plant which is native to China and Australia but is now found in various parts of England, particularly the South East. The environmental impact of this tree is not significant due to select planting in urban streets however the plant is slightly toxic and is known to give people dermatitis through prolonged contact with skin (Hill, et al. 2011). It was brought to the UK for ornamental reasons in the 19th century (Hill, et al. 2011).

Japanese rose originates from Russia and parts of Asia (Rand, 2011) and is now extremely widespread all over Scotland, England, Wales and Ireland. The plant has a beautiful appearance with lush pink flowers but is in fact very invasive. Although Japanese rose has no direct impact on animals or human health,   The plant cannot be burned or sprayed to destroy it therefore proves to be one of the most expensive and difficult plants to eradicate. It was brought to the UK as a garden plant. 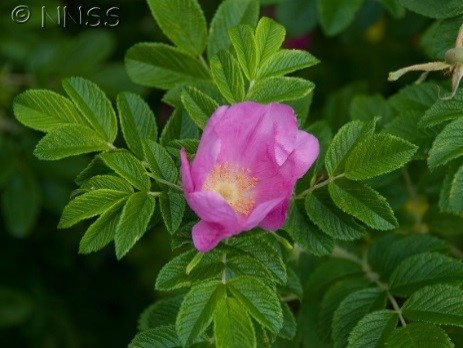 Water lettuce is native to Africa, Asia, North America and South America but is now found occasionally in England growing in ponds (Ison, 2012). This plant can be very invasive in tropical climates however in England it is not currently an issue. Cold weather has the ability to kill off this plant giving the UK an advantage in terms of eradication however this one is more of a future concern in regards to climate change where this non-native species could become invasive with rising temperature anomalies above the annual average mean.  It arrived in the UK through “discarded aquarium contents” (Ison, 2012).

New Zealand pigmyweed originates from New Zealand and Australia (Lansdown, 2012). It can now be found all over England and scarcely scattered in Scotland as an extremely invasive plant species. New Zealand pigmyweed grows over water suffocating all plant life underneath as well as various animals including fish, frogs, newts and invertebrates. It forms thick mats that can appear as land when in fact there will be at least 3m of water underneath providing a huge health and safety risk. It was introduced in the UK through discarded aquarium contents. 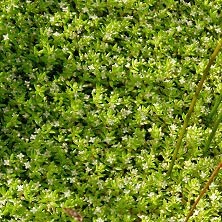 Russian vine is native to Asia and is now widespread throughout England as well as slightly through the rest of the UK (Pilkington, 2011). Russian vine grows rapidly over native tree species and in turn prevents them from photosynthesising. Occasionally this invasive species has been known to cross-breed with Japanese knotweed to produce a knotweed hybrid that is also guilty of suffocating other plant life (Pilkington, 2011). It was first introduced in the UK as a garden plant and grows so tall that it can be detrimental to power lines.

Harlequin ladybirds are native to Asia but are now well established in England and Wales. Scotland has a very small population of harlequin ladybirds (Roy, 2012). It is thought that they invaded various parts of Europe and America in a few ways; they were purposely released to use as a pest control for aphids but now they also travel through the importing of fruit, vegetables and flowers. Harlequins are a huge threat to UK native ladybirds as they eat the UK ladybird larvae as well as decreasing the aphid population rapidly reducing the food source of other invertebrates. This invertebrate is a lot larger than other ladybirds and has also been known to occasionally bite human beings, cause allergic reactions and spoil fruit such as apples (Roy, 2012 ). Harlequin ladybirds can be monitored through a recording scheme used to analyse their impact in the UK (UK Ladybird Survey, 2005) 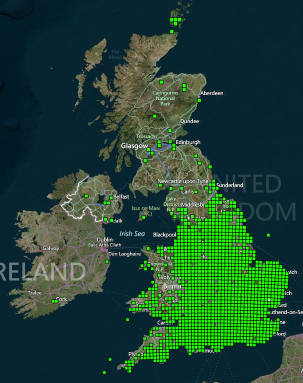 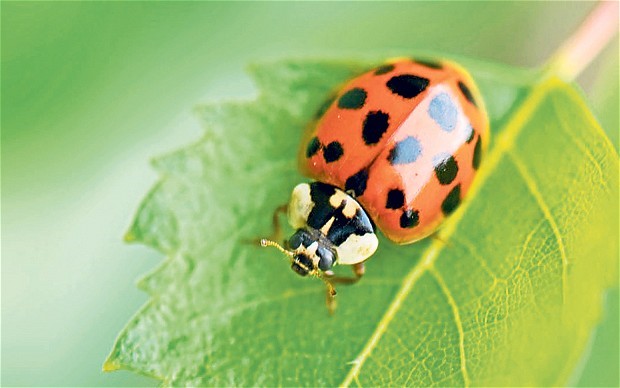 The grey squirrel is perhaps the most widely known invasive animal species in the UK. Originally from North America, Texas and Florida this species is thought to have been introduced as early as 1876 (Marchant, et al. 2012). It is unknown how or why grey squirrels were introduced into Britain but they are now one of our most invasive species’ as they eliminate the food source for the native red squirrels as well as spreading squirrel pox. Squirrel pox only harms the red squirrel and they have decreased in numbers to only 120,000 in Scotland (Scottish Wildlife Trust, 2011). Grey squirrels also damage native trees through bark stripping. 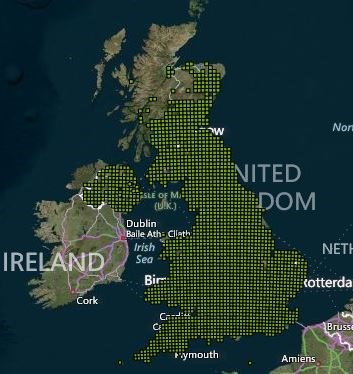 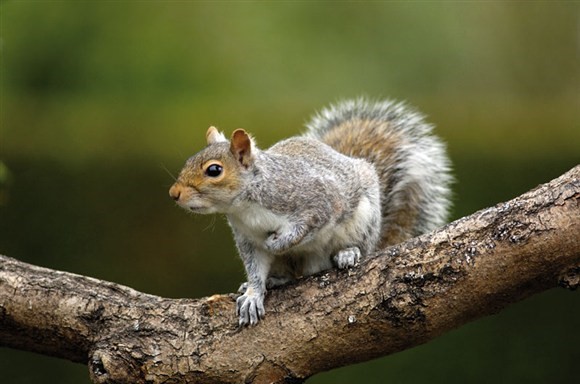 Canada geese are native to Canada, North America and the Caribbean islands including Haiti, Puerto Rico and Cuba though they are now widely spread throughout the UK. This species came into the UK through importing from North America; it was originally wealthy people from London who adopted the idea that these beautiful birds would improve the overall look of their land (Marchant, 2014). Canada geese are known to graze heavily which in turn reduces the food source for our native wild geese, as well as this they have been known to trample the nests of other ground nesting birds. Health hazards posed by Canada geese are rare but still present as they can give cattle salmonella (Marchant, 2014). 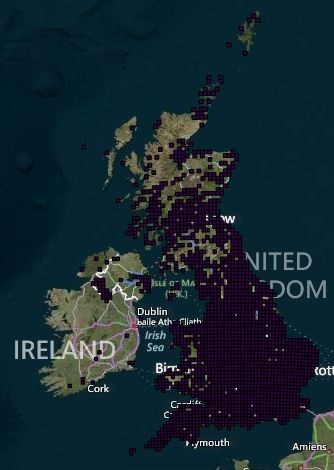 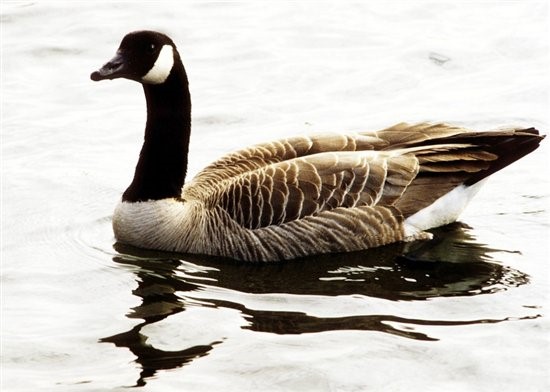 Chinese muntjac are an invasive species originally from China and Taiwan but are now well established in England and Wales. These little deer were first brought to the UK to be used in zoos in 1838 before large numbers were released into the wild in 1894 (Marchant, 2012). Muntjac have replaced the native roe deer in many native woodlands by stealing their food source, they can also prevent trees from growing through overgrazing of brambles and different shrubs. 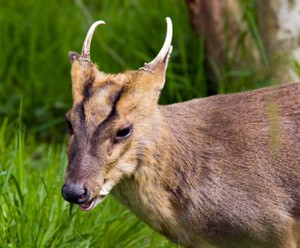 Chinese water deer are native to China, North Korea and South Korea, they are now found scarcely populated in parts of England (Marchant, 2012). Much like the muntjac this deer was brought to the UK to be used in zoos. As the population of Chinese water deer in England is small the negative impact they have is minimal; they graze on marshes and reeds lowering the food source for other mammals however they have a very low ecosystem impact.

Sika deer are native to China and Russia but are now widespread throughout Scotland and are scarcely populated in the rest of the UK. This invasive non-native species were brought to a London zoo in 1860 where they escaped and migrated up to Scotland (Marchant, 2012). Sika deer are very similar to red deer and cause significant damage to deciduous broad-leaved trees, as a result native woodlands have suffered, especially in winter when the deer strip the bark and rub their antlers on them. Mating with red deer has created a hybrid between the two species.

If a species has become well established it can be both difficult and expensive to eradicate it fully therefore invasive species are prioritised in terms of dealing with the most harmful first. Invasive plant species can be dealt with in a variety of ways including pulling, cutting down, hoeing, use of pests, use of chemicals and by altering the environmental conditions of the invaded area (NNSS, 2010). Invasive animals are harder to eradicate as they move around and can breed rapidly therefore if they are spotted they should be reported to an organisation such as SNH, SEPA, FCS or Scottish Ministers who will then deal with the eradication as best they can (SNH, 2015). It is prohibited by law to release any non-native animal species into the wild or to plant any non-native plant species as stated in schedule 9, section 14 of the Wildlife and Countryside Act 1981 (UK Wildlife, 2010). The best method of eradication is prevention which the public can encourage through checking plants are native before placing them in your garden, making sure not to release any exotic animals into the wild, cleaning boats before using them in new areas of water and volunteering to help countryside parks or nature reserves eradicate invasive non-native plant species (The Nature Conservancy, 2003 ). There are recording schemes available to the public where you can find non-native species and send your records into RISC (Recording Invasive Species Counts), this is used to monitor the invasive species and get a better idea of the impact and extent of the problem (NNSS, 2010).

Overall there has been a huge increase in the number of invasive non-native species in the UK causing significant problems in terms of ecosystems, biodiversity, resources and a decrease in our native species. Environmental organisations and the public can help reduce this problem but it is unlikely it will get fixed completely due to high costs and eradication difficulties. Not all non-native species are invasive; a species is deemed invasive when it directly impacts another (native) species, the environment, biodiversity, ecosystems or human health. Some species are more invasive than others in terms of having more damaging effects such as the signal crayfish whereas others are of least concern such as Chinese water deer. Check out our reading list for more information on invasive non-native species.

Here are some useful websites for more information on invasive non-native species;

The Nature Conservancy (2003) Invasive Species: What You Can Do [Online] available from: http://www.nature.org/ourinitiatives/habitats/forests/help/invasive-plant-species-invasive-species-education-1.xml (accessed: 11th September 2015)