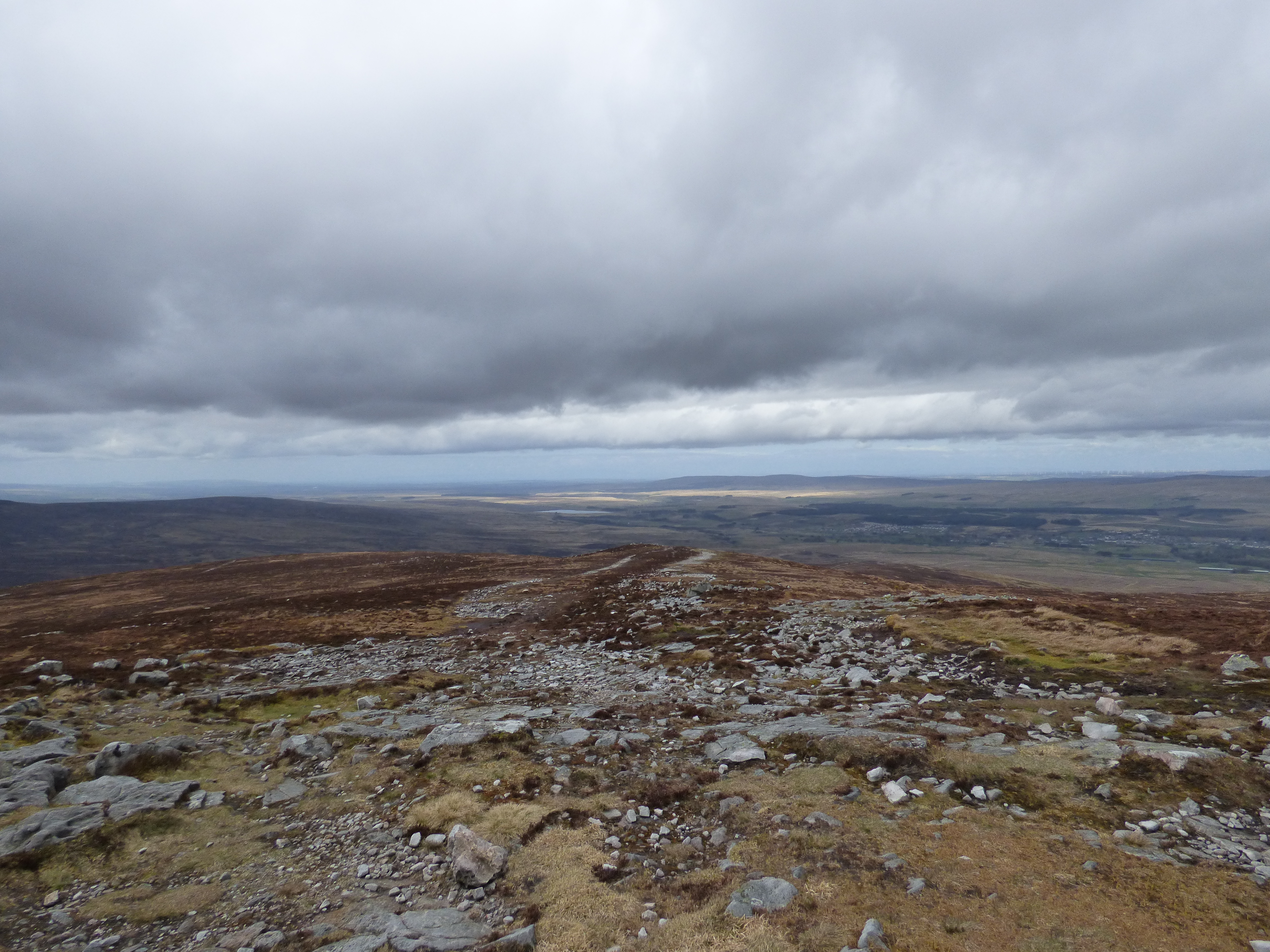 In the first week of May, according to our very wise ornithologist friends, it is a good time to head to the hills in search of dotterel (Charadrius morinellus) – a medium sized bird of the plover family – as they pass through on their spring migration. 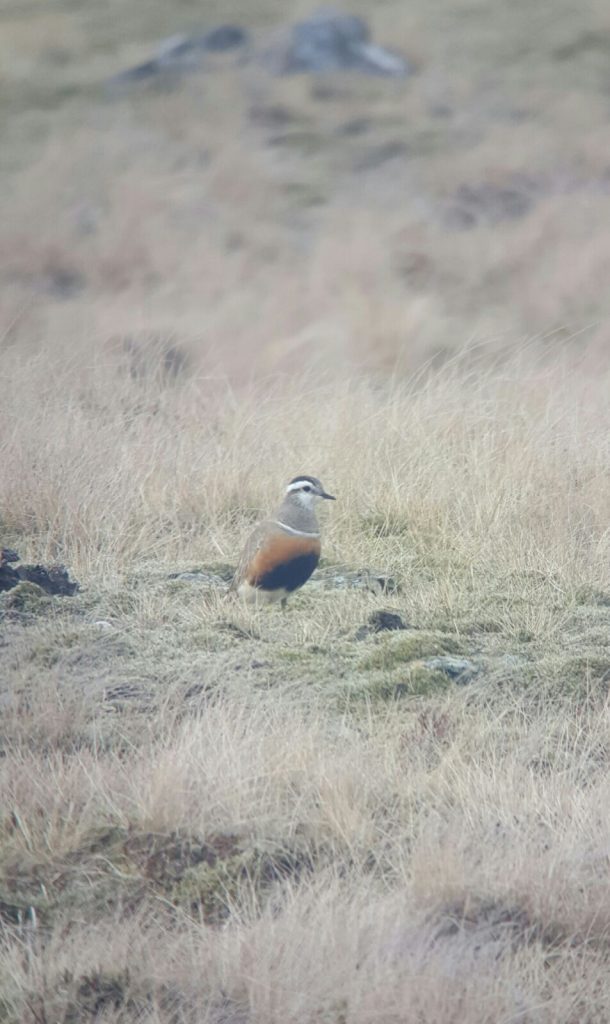 We’d had a tip-off that we might be able to see dotterel at Cairn Table, Muirkirk, as it was as good a place as any in the region for the birds to use as a stopping point as they headed further north to breed. As we’d been spending a good deal of time in the area delivering the Moorland Bird ID workshop with Starling Learning and hen harrier education sessions with Muirkirk Primary, we decided to chance it. Even if we missed out on seeing dotterel, there was always a chance of spotting a hen harrier!

We started our walk at Kames car park and headed along the westward path through the scrubby woodland and past the site of Springhill house (more info). There was plenty of wildlife to see, including dozens of brown-lipped snails covering the wet path. Alarm-calling chaffinch flew between mature trees, and bumblebees were warming up for the day’s activity.

New life all around us; tadpoles in almost-dry puddles and lambs nestled beside islands of leggy heather on grazed slopes, bleating for their mothers as we passed by. 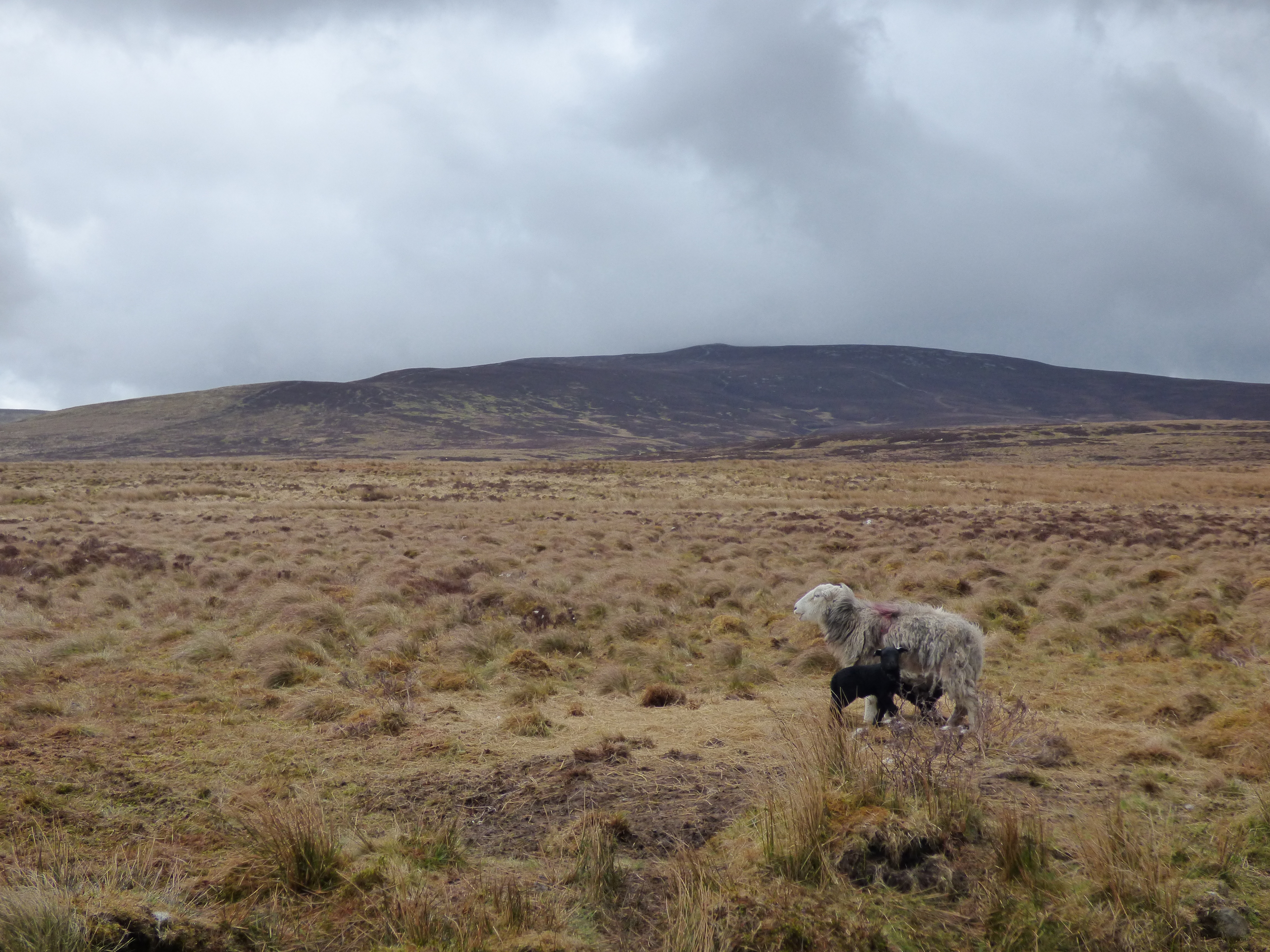 We were lucky enough to see a male hen-harrier in the distance, spotted by keen-eyed Robert, flying low over the moorland and east behind Cairn Table until it disappeared from view. We were only able to watch him for 10 seconds but it was worth the visit alone.

The sun warmed us, and birds began displaying. Curlew, skylark and meadow pipit. We squinted into the sky, trying to see the skylark that was singing loudly above us. A wheatear momentarily posed for Robert, allowing him to take its picture. 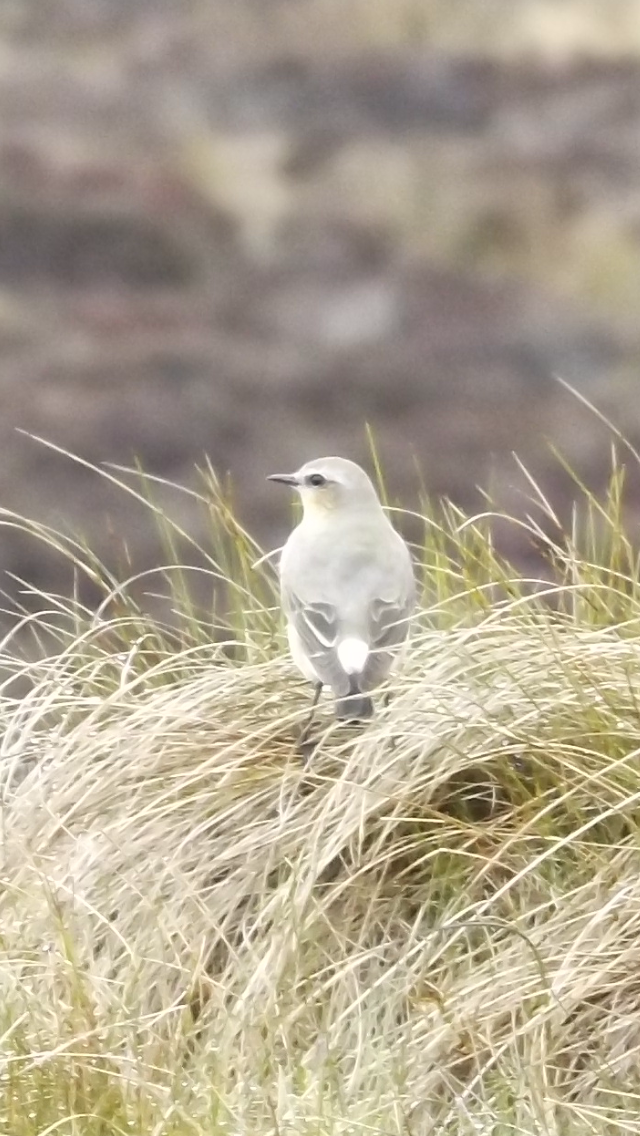 As we left the main track (towards Sanquar) and cut across the moorland, we walked through waterlogged areas covered with Sphagnum mosses, last year’s dried bog asphodel flower spikes, and cross-leaved heath. Craneflies perched on heather tussocks – perfect food for moorland birds. As we began to climb higher, the vegetation transitioned to low heather, blaeberry, crowberry and cowberry.

As we reached the summit of Cairn Table and in between gusts of strong wind, we could hear the rusty swing calls of the golden plover. Six birds displayed around us, a slow flap before a speedy stoop. Would there be any dotterel at the top?

Alas, no luck on the dotterel front. A picnic lunch was consumed, whilst hidden from the wind, along with Robert’s home-made Russian Caravan teabags. Jen and I watched nervously as Robert tried to mount the Cairn… without success. We started on our boggy walk down with meadow pipits attempting to lure us away from their nests and wheatear chatting along the dry stane dyke.

A day later, Rory Whytock successfully located some dotterel not far away at Black Craig, near Glen Afton. Maybe next year!