Working in collaboration with the RSPB and with permission from local landowners, 12 volunteers from the East Ayrshire Coalfield Environment Initiative took part in an exciting, RSPB coordinated, Black Grouse Survey covering seven transects of moorland and woodland habitat to the northwest of Muirkirk in the wee hours of 15th April.

Why so early? This is when the male Black Grouse compete with each other to attract a female. These brilliant birds make a distinctive bubbling call and display using their bright white tails, a sight not to be forgotten! They return to the same sites, known as ‘leks’, each year and each lek can have between 5-10 male birds. 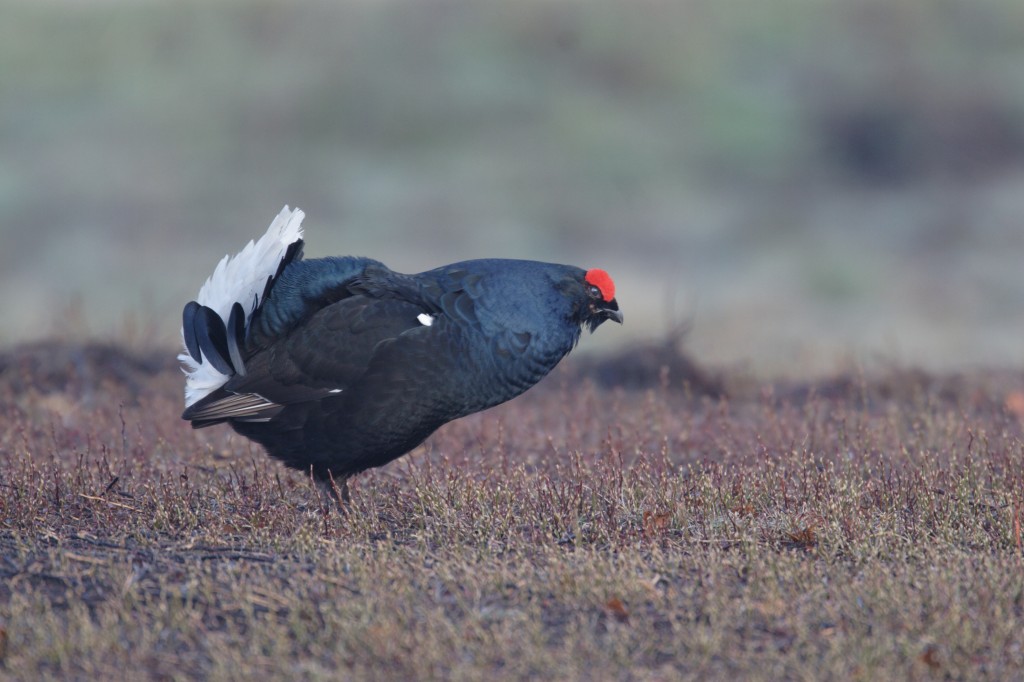 Muirkirk is part of the 26,330ha Special Protection Area designated for five rare breeding birds that are found in the area. Black Grouse, a UK Biodiversity Action Plan species, has suffered long term declines in the UK due to factors such as habitat loss, climate change and predation. Thankfully areas such as Muirkirk still support these rare birds which require a mix of habitat such as heather moorland and woodland.

If you would like to be involved in next year’s Black Grouse Survey or to find out about other CEI volunteer opportunities on RSPB Airds Moss then please get in touch with Jennifer Dunn, Project Officer for the CEI, on 07810 831394 or e-mail jennifer.dunn@ea-cei.org.uk.