On Tuesday we teamed up with the RSPB Airds Moss wardens and CEI volunteers to monitor peatland plants and water levels across the bog. Vegetation is surveyed annually at a number of fixed quadrats across the improved areas of the moss, as well two control areas representing “good” and “bad” bog habitat. Despite being surrounded by dark clouds on the horizon, the weather stayed warm and dry during the survey which made for lots of great wildlife sightings as we moved from quadrat to quadrat. 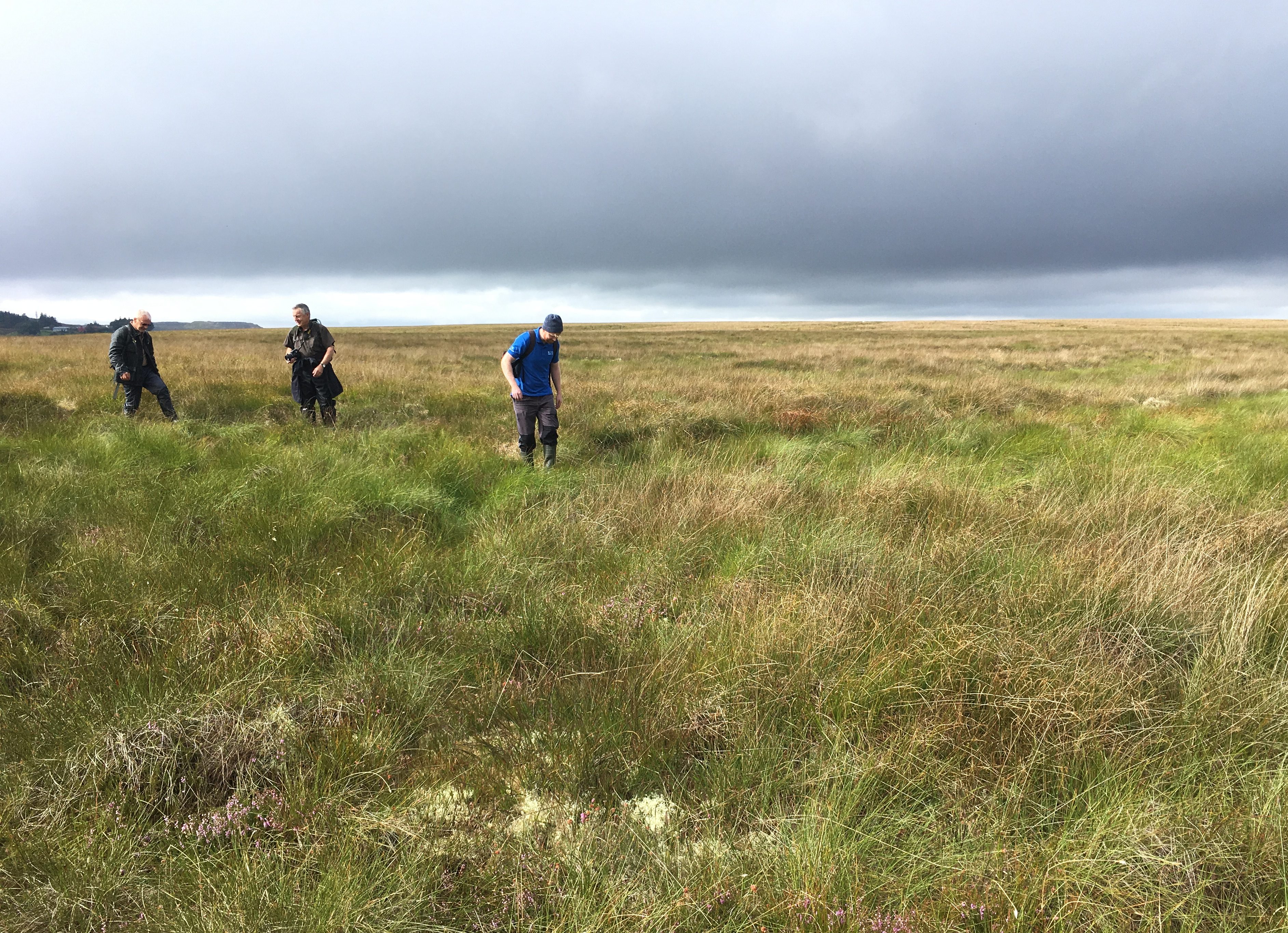 The first exciting spot of the day an adder, well-hidden in the grass. This was followed by a stunning short-eared owl flying low over the bog; we later found several bone-packed pellets on hummocks of moss, suggesting good foraging conditions. Next up was a male black grouse, unmistakeable with its blue-black plumage, red “eyebrow” wattle and white wing bars – I think it’s fair to say the bird was as surprised as we were as it was flushed from the vegetation. 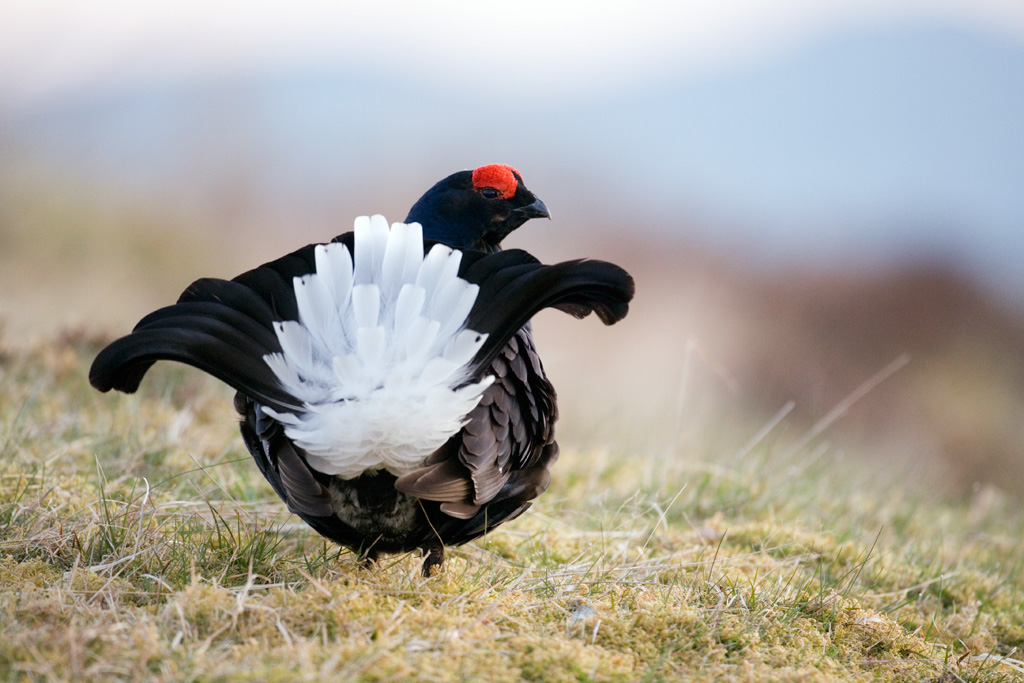 CEI volunteer Tom was on the hunt for the Manchester treble-bar, a moth associated with damp moorland, heathland and mosses. Although we hadn’t recorded the species at the site before, Tom was confident the habitat and weather conditions were favourable – and he wasn’t wrong! A total of 6 Manchester treble-bars were recorded so we can happily add another bog-indicator to the Airds Moss species list. 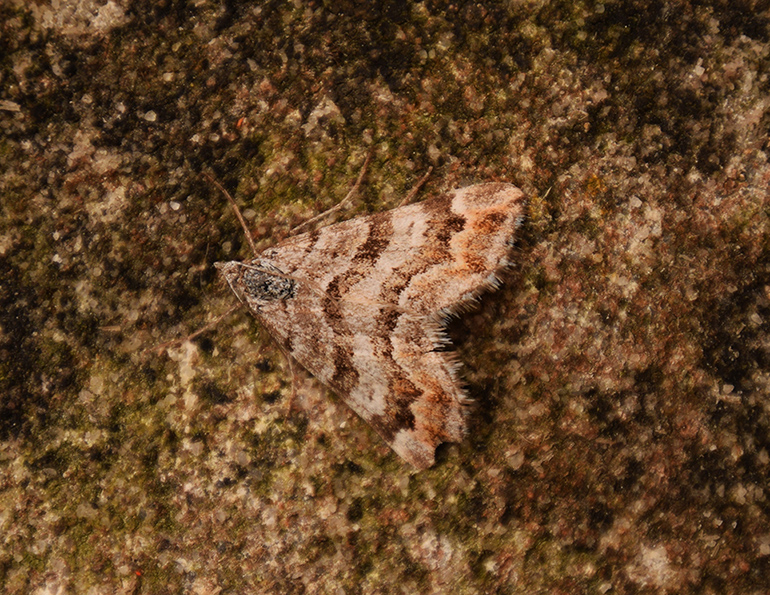 As we made our way off the moss, we stopped by the Covenanters Monument (Airds Moss is rich in history as well as wildlife) where we were met by a hawker dragonfly and the day was rounded off with a brown hare hopping off over the hill. All in all, a great day and proof that sometimes, a spot of good weather can make all the difference.

Thanks again to the CEI volunteers for helping the CEI and RSPB monitor this wonderful site. If you are interested in becoming a volunteer or would like to find out more please contact CEI Project Officer Gemma Jennings on gemma.jennings@ea-cei.org.uk or 01563 576771. 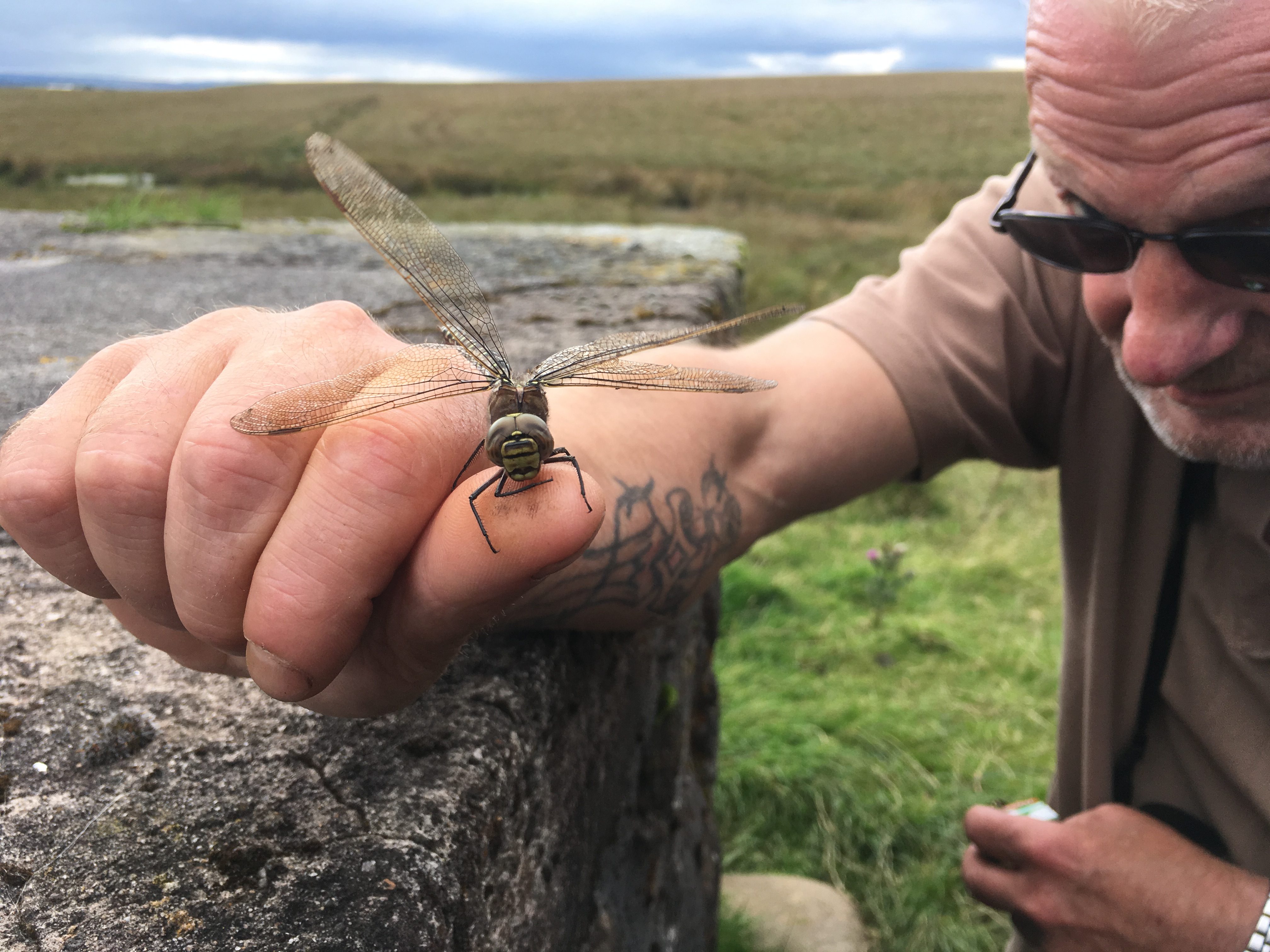